50 Years After MLK: A Dream Deferred – WNYC and the Apollo Theater 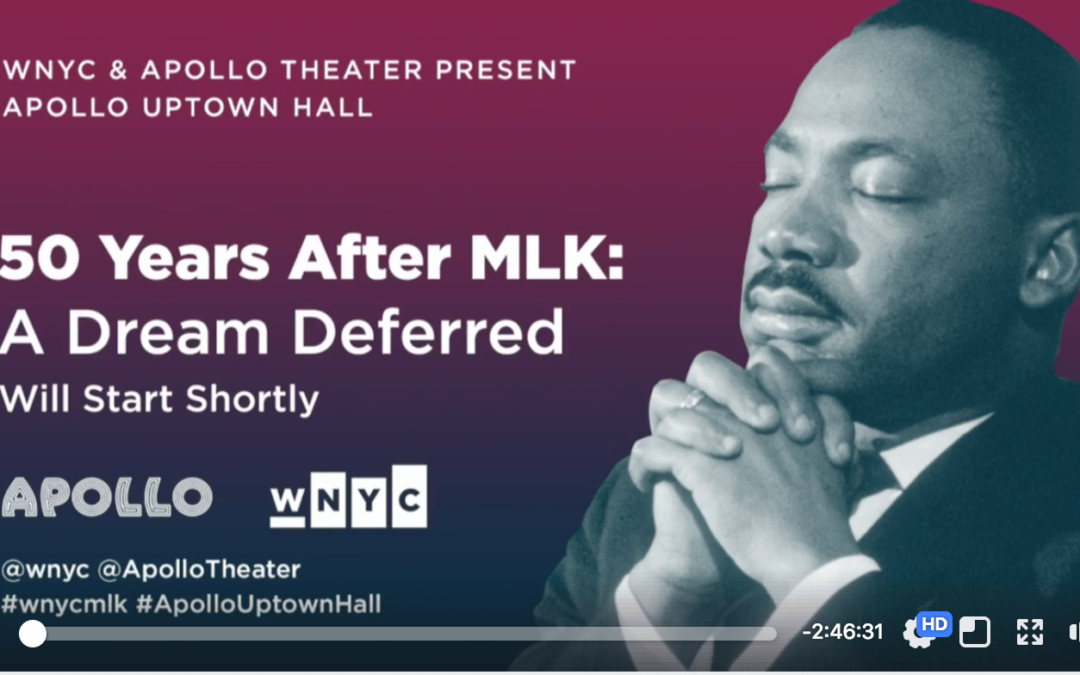 Through a lively mix of one-on-one interviews and panels featuring notable guests – including civil rights leader and former attorney and advisor to Dr. King, Dr. Clarence Jones, and prominent female activists such as Women’s March Co-Founder Linda Sarsour, Black Lives Matter Co-Founder Patrisse Cullors, and scholar and 2008 Green Party Vice Presidential candidate Rosa Clemente – “50 Years After MLK: A Dream Deferred” will explore the progress that has been made in the half-century since Dr. King’s untimely death.

In addition, panelists will discuss the evolution and persistence of issues he fought to eliminate, from racial and wage inequality to housing discrimination to police brutality, and will broach the question of what Dr. King’s vision and leadership mean in this time of moral and ethical ambiguity—in effect, what happens to his dream deferred?

50 Years After MLK: A Dream Deferred – WNYC and the Apollo Theater