All Eyes on Her

The Source sexual harassment trial vindicates Kim Osorio to the tune of $15.5 million.

On October 24, Kimberly Osorio, The Source‘s editor in chief from 2002 to 2005, won $15.5 million in a workplace lawsuit against the hip-hop monthly. Along with colleague Michelle Joyce, she’d filed a complaint with the Equal Opportunity Employment Commission shortly after being fired for poor performance; she alleged constant, pervasive sexual harassment and insisted she was fired for speaking out. A Manhattan jury threw out her discrimination and sexual-harassment complaints, but found that Osorio was indeed fired in retaliation for complaining to and about her bosses, David Mays and Raymond “Benzino” Scott. The jury also ruled that Benzino defamed Osorio in a radio interview he gave days after her firing. (The Sourcerecently filed for bankruptcy, and Benzino and Mays plan to appeal.) A few days after the verdict was announced, Osorio sat down with The Village Voice.

When did you begin working at The Source?

January of 2000. Editor in chief Carlito Rodriguez brought me in. I began as associate music editor, became music editor, and when Carlito left I was appointed executive editor. For seven months I held that title. It’s important to say that because I was not given the title of EIC, but for seven months I did the work of an EIC. It wasn’t until November 2002 that I would be given the official title—already there was resistance to me being in the top position. Within two years The Source had three of the bestselling issues ever: Jay-Z and Damon Dash; Irv Gotti, Ashanti, and Ja Rule; and the 50 Cent cover, right before he blew up.

When did you begin to feel that you were working in a hostile environment?

Let me be clear, I always felt there were problems. Although no one person was coming forward and articulating, there was a general feeling of “Things are not right.” When I became executive editor it became more blatant. It was magnified. My decisions were always questioned, and it was always because I was a woman.

Who was your “boss”?

Both Dave Mays and Benzino. Dave was the face of The Source, and he was prone to yelling and cursing, but for sure everyone knew Benzino was the “boss.” He was the power. As I settled into my position and began daily interactions with him, I would think to myself, “He should not be talking to me like that, he should not be saying those things.” He was always making inappropriate statements; he cursed, yelled, accused me of missing deadlines. If I was so incompetent, why didn’t they fire me? Remember I was there for five years.

Why didn’t you leave?

I was scared to lose my job. I have a daughter. Leaving the job would have had huge implications for us as a family, and I had reached the pinnacle in the publishing world of hip-hop. I loved my job and I was good at my job.

When did you decide to file your complaint?

In early 2004 I began to talk to lawyers about my options. In February of 2005 I sent a letter to human resources director Julie Als. Two weeks later I was fired.

Kim, after you were fired, Benzino gave a fiery radio interview, stating that you slept around, you were incompetent, you liked the fast lifestyle. He called you a ho and a slut. What was your gut reaction to these statements, and to some in the hip-hop community supporting Benzino?

I felt humiliated. I was already in a committed relationship. These rumors were hurtful and hateful. What did my private life have anything to do with my job? Whose business was it who I slept with? It was a way to smear me in the hip-hop community. I acknowledge a lot of the support given to me from others in the hip-hop community, from people I did not expect. The online petition that began immediately after Benzino made his comments made me feel like people get it. It empowered me and gave me more strength.

As women of color, do you bear any responsibility, not for what happened to you but for being part of an industry that objectifies women?

We all have a responsibility to protect hip-hop. You have to balance the business, you have to balance the images. When some in the hip-hop community attacked me for not doing enough, for being part of the problem, I just chalked that up to people being misinformed. People have to realize that The Source magazine is not Essence magazine; I was not going to change it, but I was trying to do something different there. For example, as we were preparing for our annual sex issue a young male writer pitched me a story on being raped. It was immediately turned down. I was told by Dave and Benzino, “No way, we don’t want to see that shit, that is not what our magazine is for .”

What does this verdict mean for you and for women in hip-hop?

This trial for me on a personal level is a vindication of me, my work, my character. In addition, I feel empowered. I did not allow them to intimidate me, scare me, have any more control over me. I stood because they were trying to ruin me. My reputation feels tarnished, but that was their goal. I think this victory is significant not only for women in hip-hop but for our generation of women as a whole. I feel this case will give people the courage to stand up and say that sexual discrimination and sexual harassment will no longer be tolerated in hip-hop.

What will you tell your daughter about this experience?

I shielded my daughter from all of this; as she gets older she will be armed with all the knowledge I have and will pass on to her. She will know how to protect herself.

Do you still love hip-hop?

Of course I am always going to love and live hip-hop. Hip-hop is bigger than one magazine, two people, etc. I don’t like the industry, I don’t like the politics. But no matter how hard they try to shut me out, the prouder I stand and the more I fight back. 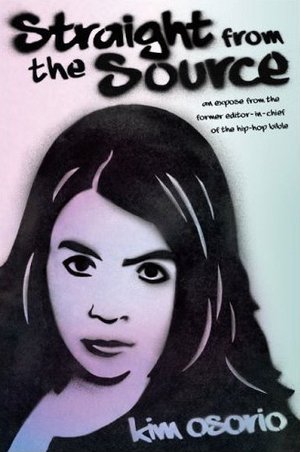