Breaking Down Trump’s First State Of The Union 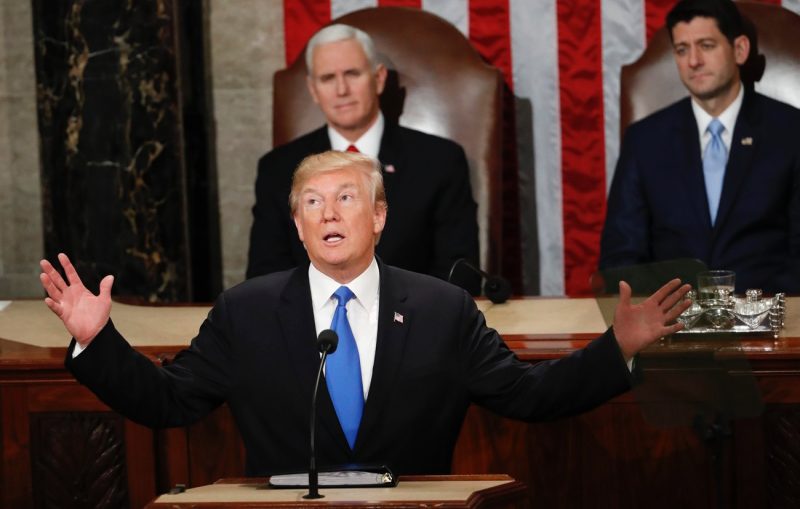 Donald Trump on Tuesday night delivered his very first State of the Union address as President. While his address last year at a joint session of Congress was full of ominous warnings, this year’s Trump painted a rosy picture of the economy while building up immigrants as dangerous bogeymen.

Ahead of the speech Trump’s administration remained mired in controversy and he went into it with the worst approval rating that the Gallup poll has ever recorded for a President on their one-year anniversary. Although the State of the Union was presented as one where Trump would reach across the aisle to Democrats and focus on an infrastructure plan, the actual speech was lengthy, partisan, and predictable.

Today we’ll play you excerpts of the speech and analysis from our correspondent Rosa Clemente.