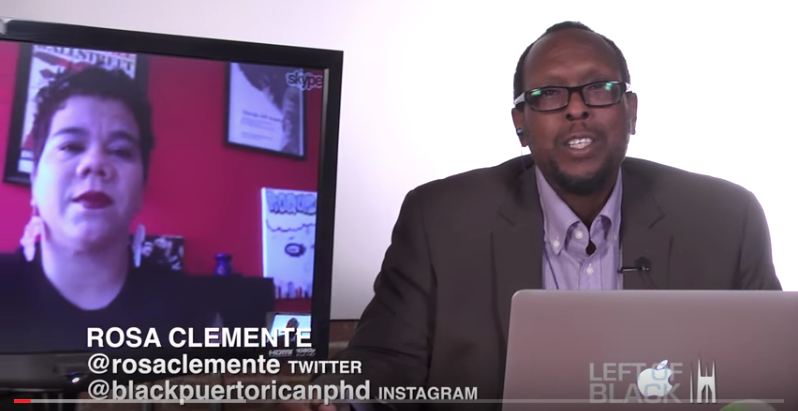 Left of Black host Mark Anthony Neal sits down with Rosa Clemente to discuss #blacklivesmatter and the upcoming election year.

Clemente and Neal discuss #BlackLivesMatter and the 2016 Presidential campaign. On the rise of #BlackLivesMatter during the Obama Presidency, Clemente ask “would we have had a generation of young people with so much hope, so quickly marginalized?” Clemente is currently a doctoral candidate with ABD status at the University of Massachusetts at Amherst in the W.E.B. Du Bois Department of Afro-American Studies.

Left of Black is a weekly Webcast hosted by Mark Anthony Neal and produced in collaboration with the John Hope Franklin Center at Duke University and in conjunction with the Center for Arts, Digital Culture & Entrepreneurship (CADCE).