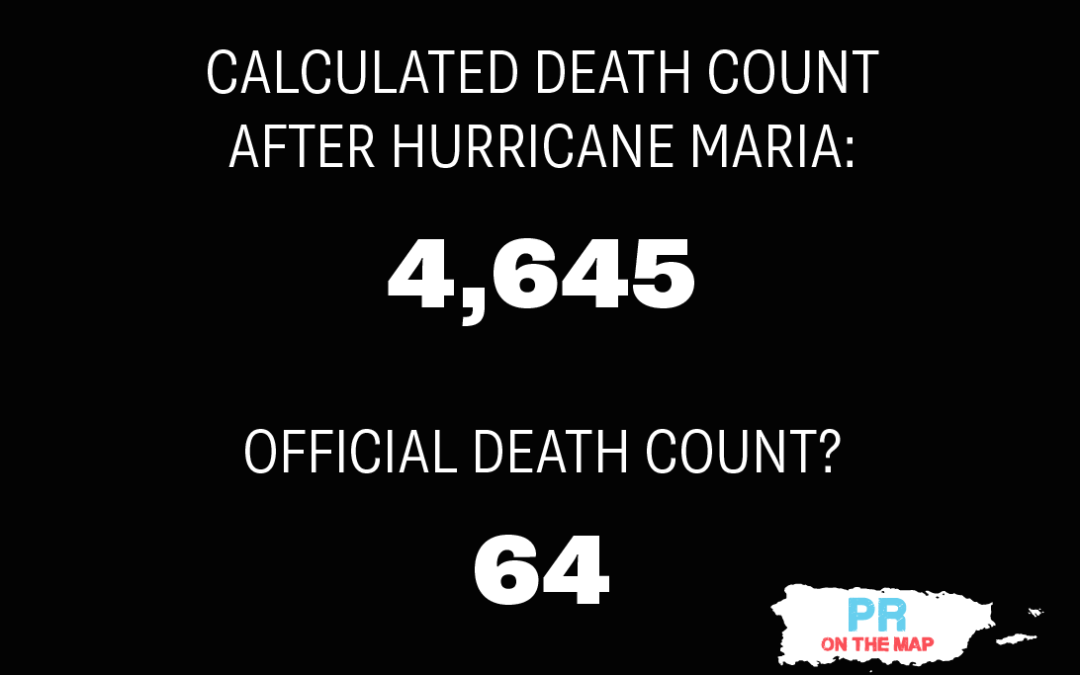 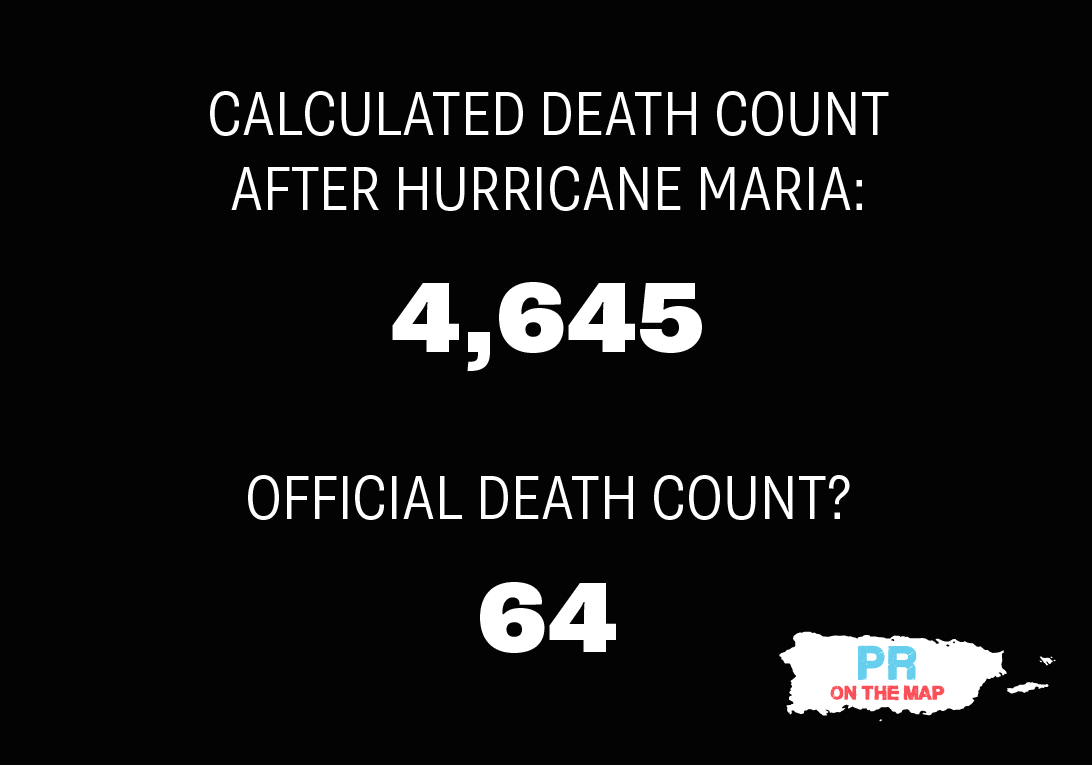 Quantifying the effect of natural disasters on society is critical for recovery of public health services and infrastructure. The death toll can be difficult to assess in the aftermath of a major disaster. In September 2017, Hurricane Maria caused massive infrastructural damage to Puerto Rico, but its effect on mortality remains contentious. The official death count is 64.

Using a representative, stratified sample, we surveyed 3299 randomly chosen households across Puerto Rico to produce an independent estimate of all-cause mortality after the hurricane. Respondents were asked about displacement, infrastructure Loss, and causes of death. We calculated excess deaths by comparing our estimated post-hurricane mortality rate with official rates for the same period in 2016.

From the survey data, we estimated a mortality rate of 14.3 deaths (95% confidence interval [CI], 9.8 to 18.9) per 1000 persons from September 20 through December 31, 2017. This rate yielded a total of 4645 excess deaths during this period (95% CI, 793 to 8498), equivalent to a 62% increase in the mortality rate as compared with the same period in 2016. However, this number is likely to be an underestimate because of survivor bias. The mortality rate remained high through the end of December 2017, and one-third of the deaths were attributed to delayed or interrupted health care. Hurricane-related migration was substantial.

This household-based survey suggests that the number of excess deaths related to
Hurricane Maria in Puerto Rico is more than 70 times the official estimate.