Not in our name: A Puerto Rican White Supremacist in Charlottesville – By Rosa Clemente 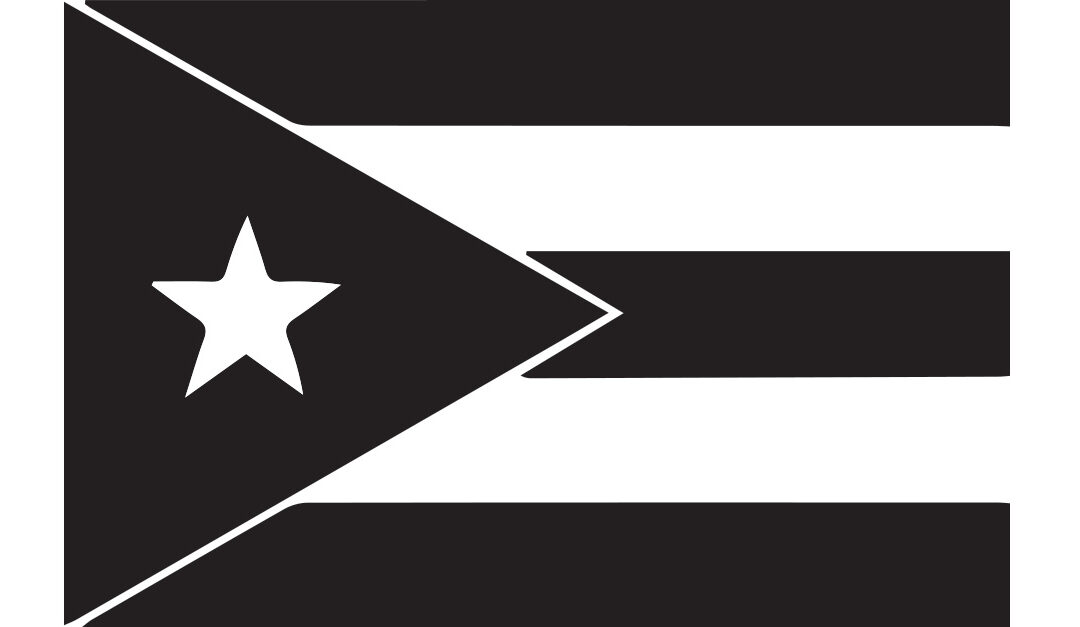 UPDATE 8/18/2017: I have confirmed that is was not Alex Ramos who was in the Vice News video climbing into a van with David Duke, but it was a man with a Puerto Rican flag. Additionally, it was Alex Ramos who assaulted teacher and artist DeAndre Harris.

Two days ago, while watching the Vice News report on what happened in Charlottesville, I noticed a man getting into a van with David Duke and I saw the Puerto Rican flag folded in his hands.

All day, I kept watching that clip and then when my husband came home, I asked him and he said, “Yeah babe that is the Boricua flag.” I got up and went outside and screamed. I was physically sick, hot all over my body and infuriated.

Alex Ramos was a participant in the assault against teacher and artist DeAndre Harris during the Charlottesville terror attack.

As I sat down and gathered my thoughts, I reminded myself that this is not just White Supremacy; this is anti-Blackness. This is self-hate. Ramos’ is the colonized mindset that Frantz Fanon wrote about.

Fanon was a Martinique-born psychiatrist, philosopher, and revolutionary. In his seminal work Black Skin, White Masks, Fanon psychoanalyzes what he calls “the oppressed Black person who perceives themselves to have to be a lesser creature in the white world that they live in and navigate the world through a performance of whiteness.”

The sad truth is that although Alex Ramos expressed and enacted the most vile and violent form of white supremacy, his thinking is not uncommon amongst a minority of Puerto Ricans.

The current governor of Puerto Rico, Ricky Rosello, is working at the behest of white supremacy as he slowly sells our homeland piece by piece to Wall Street. At the same time, he is enacting policies through a militarized police force that are economically oppressing the majority of Puerto Ricans or outright pushing them off their land.

Unfortunately, some in the broader population of Latinx/a/o people in the United States practice anti-Blackness on a daily basis. Anti-Blackness is taught and reinforced in homes, in church, at school and via TV networks like Univision and Telemundo.

In this moment of national crisis Latinx/a/o people in the United States are going to have to come to terms with who we are. We need to force discussions that break the media binary that often marginalizes, disappears us, or tells us that Ana Navarro or Jorge Ramos speak or represent us.

Many of us, no matter how much we try to hide it or refuse to claim it, are people of African and Indigenous descent. Puerto Ricans and other Latinx people in America must be as forceful about speaking out against white supremacy and anti-Blackness as we are about wanting to see Puerto Rico decolonized and become an independent nation.

For those of us who have studied our history and understand our connection to the African-American struggle here in the United States we must align ourselves unapologetically with our Blackness.

When we say we are African descendant, or Afro-Latinx/a/o, what does that actually mean?

Do you wake up every day and say I love Black people?

Do you wake up every day and place yourself within the Black radical tradition in this country?

Do you know the history of struggle between African Americans and Puerto Ricans in this country?

Do you fight anti-Blackness?

I’ve had to tell family members that are anti-Black and refuse to change that I will no longer sit at a table with them.

Every day I wake up with the freedom of my people on my mind. Since the day she was born I have purposely racialized my daughter and taught her that she is a Black Puerto Rican young woman.

Alex Ramos or any other blanquito/a Neo-Nazi minded Puerto Rican or any Latinx person that chooses white supremacy as their ethos cannot go unchallenged.

Alex Ramos assaulted DeAndre Harris, and almost killed him. He not only brought shame to my people, he is a disgrace to humanity.

I try to practice the politic of prison abolition but my anger against him has me hoping he is arrested, thrown in jail, and that his pain is worse than the pain he inflicted Deandre Harris. I can’t lie about how I feel.

To my fellow Latinx/a/o gente, it is no longer enough to wave flags, to have cultural pride, to be proud of your ethnicity and not have racial pride.

It is not enough to call yourself Afro Latinx/o/a and then just talk about hair, skin color or the clothes you wear. In America when you are devoid of racial consciousness you essentially give up your political power. Not everyone will call themselves a Black Puerto Rican woman like I do, but everyone who identifies as a Latina, a Latino, or Latinx should be fighting white supremacy and be pro-Black.

In the 1960’s, the Young Lords Party taught us to root out the idea of pelo malo y pelo bueno. They also instructed us to embrace our Africaness and root out white supremacy. As Dr. Nelly Fuller said, “Until one understands the system of white supremacy everything and anything will confuse you.”

White supremacy is not only carried out by white people as a system, it can be carried out by our own people, whether they be African-American like Clarence Thomas, or Puerto Rican like Alex Ramos. My hope is that we can begin to eliminate more forcefully white supremacist ideology that often permeates our consciousness.

Now is the time for us as a people to understand that as long as anti-Blackness exists within our communities, we have a responsibility to fight anti-Blackness and the system of white supremacy by any means necessary. It is up to all of us to push back against the race to whiteness.

Because when all Black people are free, we will all be free.