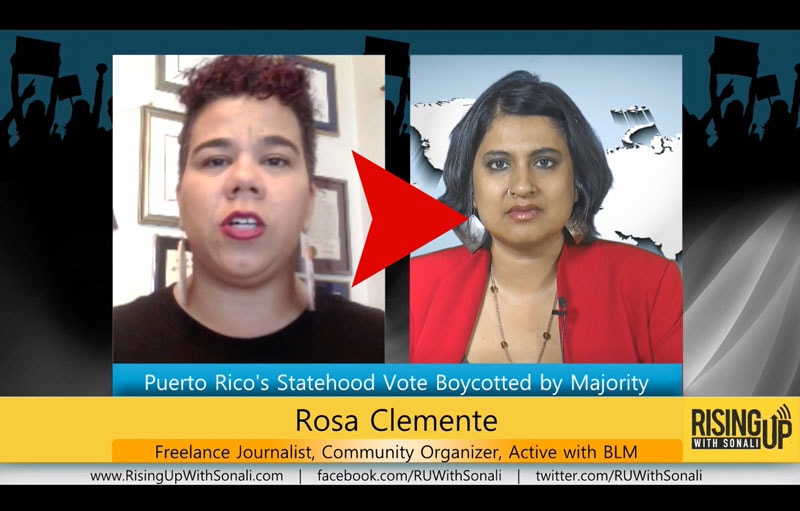 First published on Rising Up with Sonali

FEATURING ROSA CLEMENTE – News reports this week celebrated a vote held in Puerto Rico, a colony of the US, as being overwhelmingly in favor of statehood. The idea of Puerto Rico as the US’s 51st state is a seductive one but what didn’t make the headlines was that a population that is generally counted on for high voter turn out, boycotted the election in large numbers. Only 23% of the island’s residents voted. Of that minority, 97% chose statehood.

The vote was non-binding and Puerto Rico’s pro-statehood governor, Ricardo Rosselló who backed the election, plans to take the results to the US Congress where he faces an uphill battle. Puerto Ricans also voted on the question of statehood in 1998 and 2012.

The American territory’s economy is in shambles, a fact that affected the dynamic of this latest election. Many Puerto Ricans favor complete independence from the US over statehood.