Russell Simmons You Are Not Hip Hop

An open letter in response to Peter Noel’s article, “The Minster vs. the Mogul” which appeared in the Village Voice on April 25th, 2001: http://www.villagevoice.com/issues/0117/noel.shtml

Dear Russell:
Here is a new flash, as quiet as its been kept YOU ARE NOT HIP-HOP!
You didn’t know? Many of us have this conversation about you and others in the industry like you every day. The industry who has pimped hip-hop culture so the chosen few of you can live in a MTV crib, wear Iceberg jeans, Phat Farm sweaters, and Sean John fur coats, much of which I’m sure are made in sweatshops by Black and Brown children who earn an average of .75 cents a day and we can not forget about the ‘Bling-Bling’ diamonds that are mined by South African workers who’s life expectancy is…

You promote rappers not hip-hop, you must have forgotten or maybe you never knew, Hip-Hop culture is compromised of five elements:

So I read you are putting together a “Hip-Hop” summit which includes David Mays, publisher of The Source, a magazine that is 60% advertising, and much of the advertising totally denigrates Black and Latina women, and the Reverend Al Sharpton? Am I missing something, when did Rev. Al become hip-hop? Oh, I remember, it was when he went to Cuba and said he wanted to bring rappers to Cuba, but please lets not get it twisted hip-hop is part of youth culture and for over 6 years the International Youth Festival has its base rooted in Hip-Hop culture been in Cuba for. Well when you have this next Hip-Hop summit maybe it will actually include those in the Hip-Hop generation, youth, women and Latino’s and this time skip Harvard, come to Harlem.

Russell, you say rappers and hip-hop executives have closed ranks against Minister Conrad Muhammad, so what if they have? Hell “Hip-Hop” executives, those who wish to make a profit of our culture have closed ranks against the Hip-Hop generation. Where we all of you when the Hip-Hop community united over the issue of AIDS, APARTHIED, POLICE BRUTALITY, GUN VIOLENCE, and the BOMBING OF VIEQUES, PUERTO RICO? Yes, I remember where you were; you were having those fundraisers for Senator Hillary Clinton, Former President Bill Clinton, and having your summer Hampton party’s hob-knobbing with the likes of Donald Trump and Martha Stewart. How many fundraisers have you heard for the numerous of grassroots organizations? Let me name a few in case you don’t know who they are:

Malcolm X Grassroots Movement, Youth Force, Youth Ministries for Peace and Justice, Sista 2 Sista, El Puente Youth Academy, Prison Moratorium Project. All those organizations work around issues such as political prisoners, the Rockefeller Drug Laws, The Prison Industrial Complex, Police Brutality, Violence against women, the AIDS epidemic in our community etc. Give me a call and I will help set up the meeting so you can meet them. Instead of hosting one of your many fundraisers for white elected officials, why don’t you host a fundraiser or better yet attend one of the many events and mobilizations that these Black and Latino/a youth organize.

Russell, it is my belief that the images that you and your peers help to promote are the images that allow law enforcement to criminalize the Hip-Hop generation, the images you create allow for 10 year children to use the word Nigga, Bitch, Ho, Chickenhead, Dog, as frequently as they say “What’s Up?”

The images many music industry people promote allow for the sexual exploitation of our women, the murder of our young men at the hands of police, and ultimately the images you and your peers promote are why our youth are filling up prisons in record numbers. As recently as last week these images that have been created have not allowed police to focus their attention on “Rappers.”

You may be correct when you state that Minster Conrad Muhammad’s words “Will not endear him to the rap community,” but guess what? It will allow those of us who love Hip-Hop culture to begin to come together, discuss, debate and come up with proactive solutions. Minister MuhammadÕs words have the potential and power to serve as a catalyst for the Hip-Hop community who love and breath real Hip-Hop. We who need the Afrika Bambaataas, Public Enemys, Sister Souljahs, KRS-ONEs, The Rock Steady Crews, The Bobbitos, The Tony Touchs, The Stress Magazines, The Dead Prezs, Queen Godis, Welfare Poets and the many Graff artists and breakdancers who speak truth to power. These Hip-Hop artists are not in it for the money, the bling-bling or the $350 bottle of Cristal. They don’t want the fancy cars; fur coats nor the mansions; they just to contribute to the greater good of the community. What do you want?

So in closing, I hope you read these words carefully, yes I have chosen to blow up your spot, I am not keeping yours, P-Diddys or Sylvia Rhones secret anymore, you are not HIP-HOP, we the people are HIP-HOP! 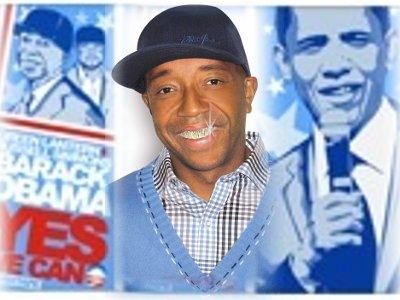