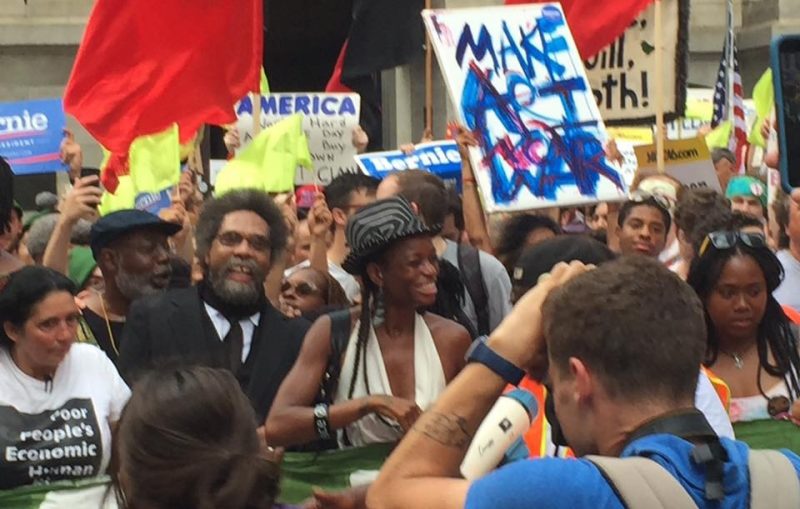 On Monday July 25, 2016, Rising Up host Sonali Kolhatkar reported from the March for our Lives, organized by the Poor People’s Economic Human Rights Campaign. The march took place in Philadelphia in front of the City Hall, to coincide with the first day of the Democratic National Convention.