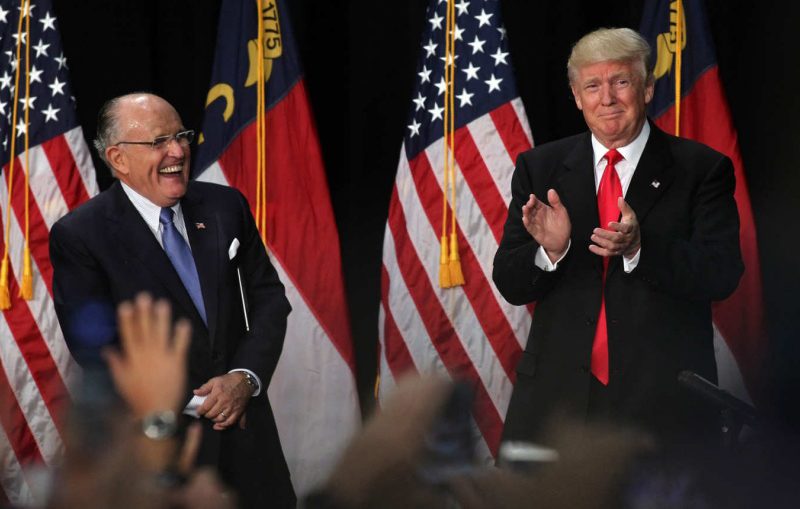 A video of a white man screaming insults at a female employee of Starbucks in Miami has gone viral. The man yelled at the woman of color, “You’re trash…you’re garbage…you’re complete trash,” and, “I voted for Trump,” and “you lost.” Such incidents are not new of course. What’s new is that Trump’s name is being invoked alongside the abuse.

While hateful incidents like this are extremely disturbing, so are figures like former New York City mayor Rudy Giuliani who has come up as a candidate for a prominent position in a Trump government. Giuliani championed the racial profiling policy known as “stop and frisk,” in New York, which Trump has also defended during his campaign.

Meanwhile leaders of the Black Lives Matter global network just released a statement in response to Trump’s electoral college win saying, “our mandate has not changed: organize and end all state-sanctioned violence until all Black Lives Matter.”