Women of Color of Time’s Up: #MuteRKelly 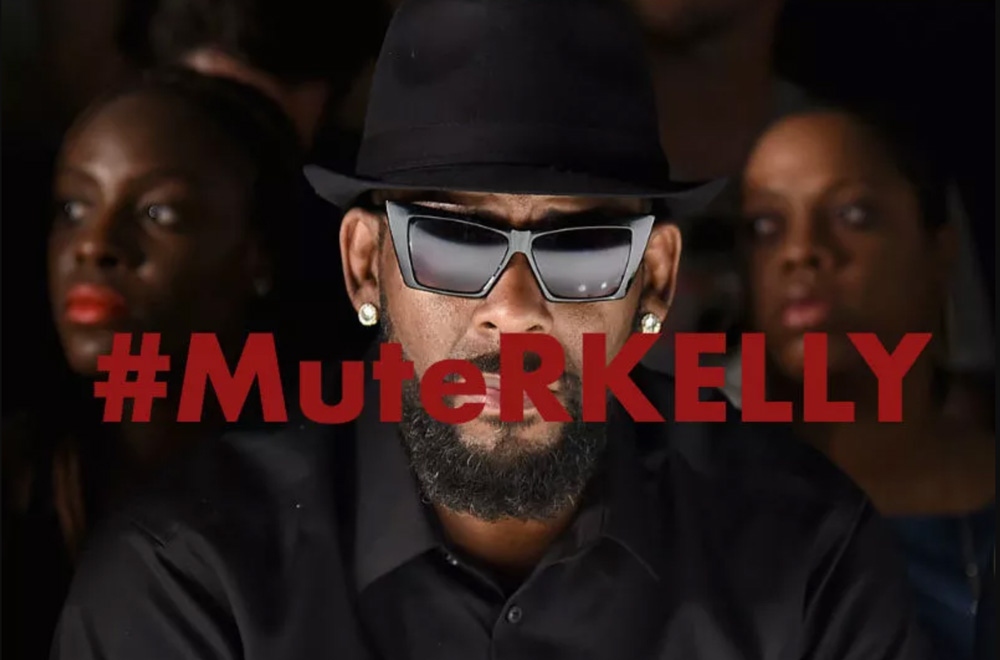 To Our Fellow Women of Color:

We see you. We hear you. Because we are you.

For too long, our community has ignored our pain. The pain we bear is a burden that too many women of color have had to bear for centuries. The wounds run deep.

As women of color within Time’s Up, we recognize that we have a responsibility to help right this wrong. We intend to shine a bright light on our WOC sisters in need. It is our hope that we will never feel ignored or silenced ever again.

The recent court decision against Bill Cosby is one step toward addressing these ills, but it is just a start. We call on people everywhere to join with us to insist on a world in which women of all kinds can pursue their dreams free from sexual assault, abuse and predatory behavior.

To this end, today we join an existing online campaign called #MuteRKelly.

Over the past 25 years, the man known publicly as R. Kelly has sold 60 million albums, toured the globe repeatedly, and accumulated hundreds of millions of plays on radio and streaming services.

During this time, he also …

Together, we call on the following corporations and venues with ties to R. Kelly to join us and insist on safety and dignity for women of all kinds:

The scars of history make certain that we are not interested in persecuting anyone without just cause. With that said, we demand appropriate investigations and inquiries into the allegations of R. Kelly’s abuse made by women of color and their families for over two decades now. And we declare with great vigilance and a united voice to anyone who wants to silence us: Their time is up.

Together we are strong, 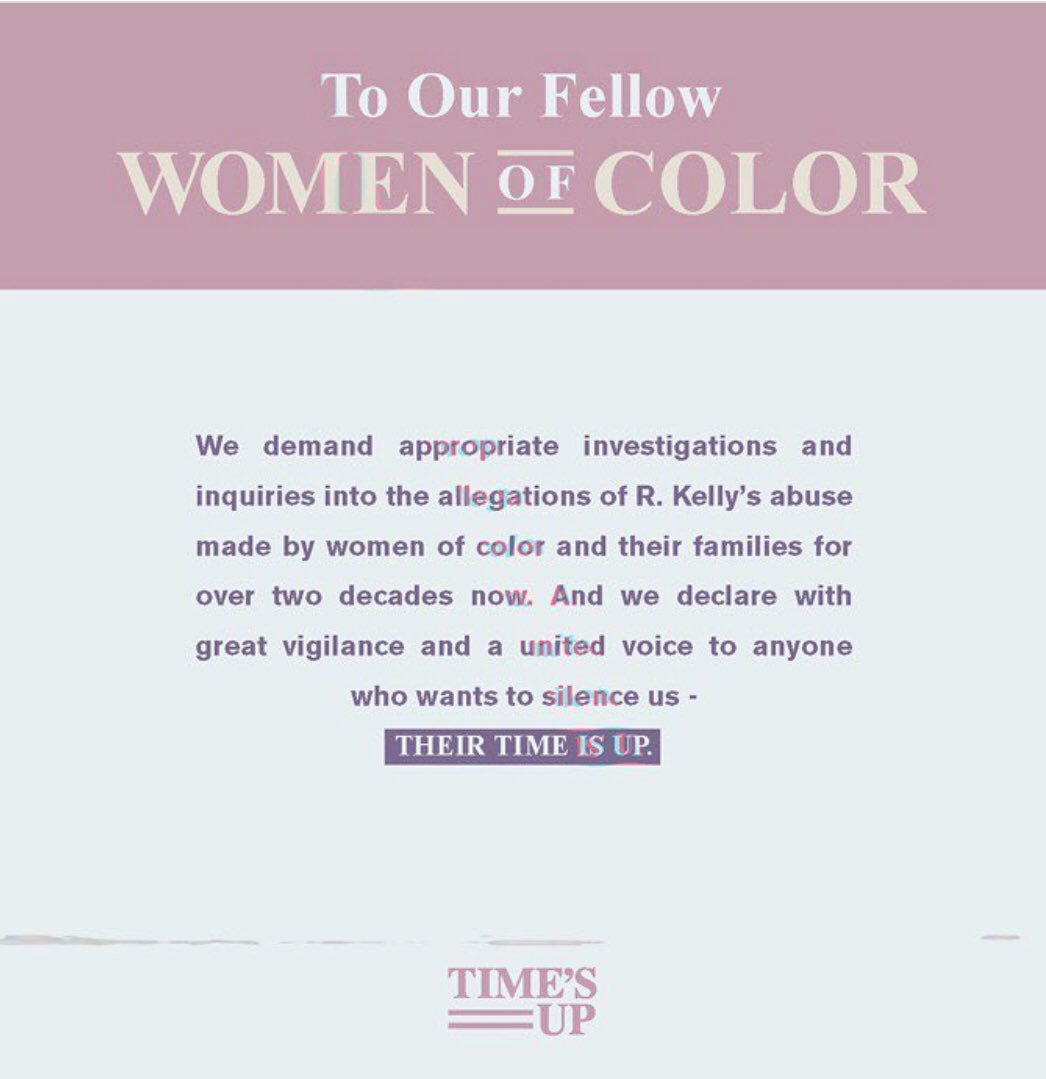 Women of Color of Time’s Up aims to organize around issues that are especially important to women and girls of color. The group includes activists, executives, filmmakers, actresses, authors, athletes and women in tech, advertising, science and other industries. WOC of TU is building a collective of women of color who strive for safe and equitable environments for all women.